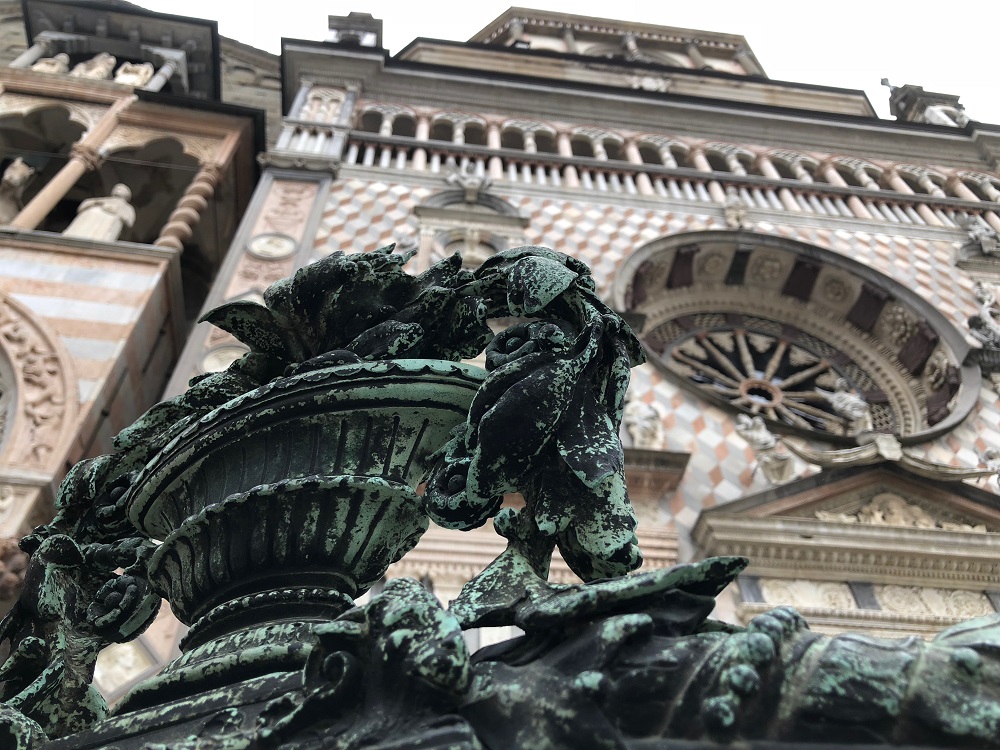 The most part of the Italians when they meet a Bergamasco (a person who lives in Bergamo) ask if he or she is from the upper or lower city. Yes, because this city is divided into two, a part of Bergamo is really crouched on the hills, at the foot of the Orobic Prealps, while the other develops in the plains, without following a particular apparent criterion. Bergamo Alta is the oldest part of the city, and it is the most interesting part for tourists. The core of the Upper Town has medieval origins. The Venetian walls and the Rocca, however, are posterior.

Bergamo Bassa, on the other hand, identifies itself in all that remains outside these walls and it is the more modern half.
There are 15 pedestrian access routes to Bergamo Alta. Uphill paths, sometimes only cobblestones, sometimes real stairways, on the hills and often line beautiful villas.
My choice, however, has been different … there is indeed a convenient funicular, built in 1887 that leads directly to the upper city through the Venetian walls and that is used by the inhabitants routinely to reach the place of work or just for a ride.

From the arrival point of the funicolar you can easily reach the main square of the city: Piazza Vecchia that is the symbol of Bergamo Alta

Here the sight of the winged stone lion of St Mark atop a mullioned window, confirms that Venice won and then ruled Bergamo for 350 years.
All the most interesting buildings are concentrated here:
• The Palazzo della Ragione
• The civic tower, also called “il Campanone”
• The library building
At the center of the square is the Fontana di Piazza Vecchia.
Crossing the square and slipping into the portico below the Palazzo della Ragione, you come out into Piazza Duomo, which houses four real beauties:
• The Duomo of Bergamo
• The Colleoni Chapel
• The Baptistery
• The Basilica of Santa Maria Maggiore

The Basilica of Santa Maria Maggiore is a really peculiar place, and I have never seen a place like that in other italian cities. Entering here you’ll find yourself under a ceiling writhing with hundreds of white stone limbs and some of the most exuberant, almost surreal marquetry in Italy. Donizetti, composer of 75 bel canto operas and a Bergamo native, is buried here.

On this occasion I could not visit this beautiful city in depth, but I will definitely come back to see many other places that are really worth a stay in Bergamo.