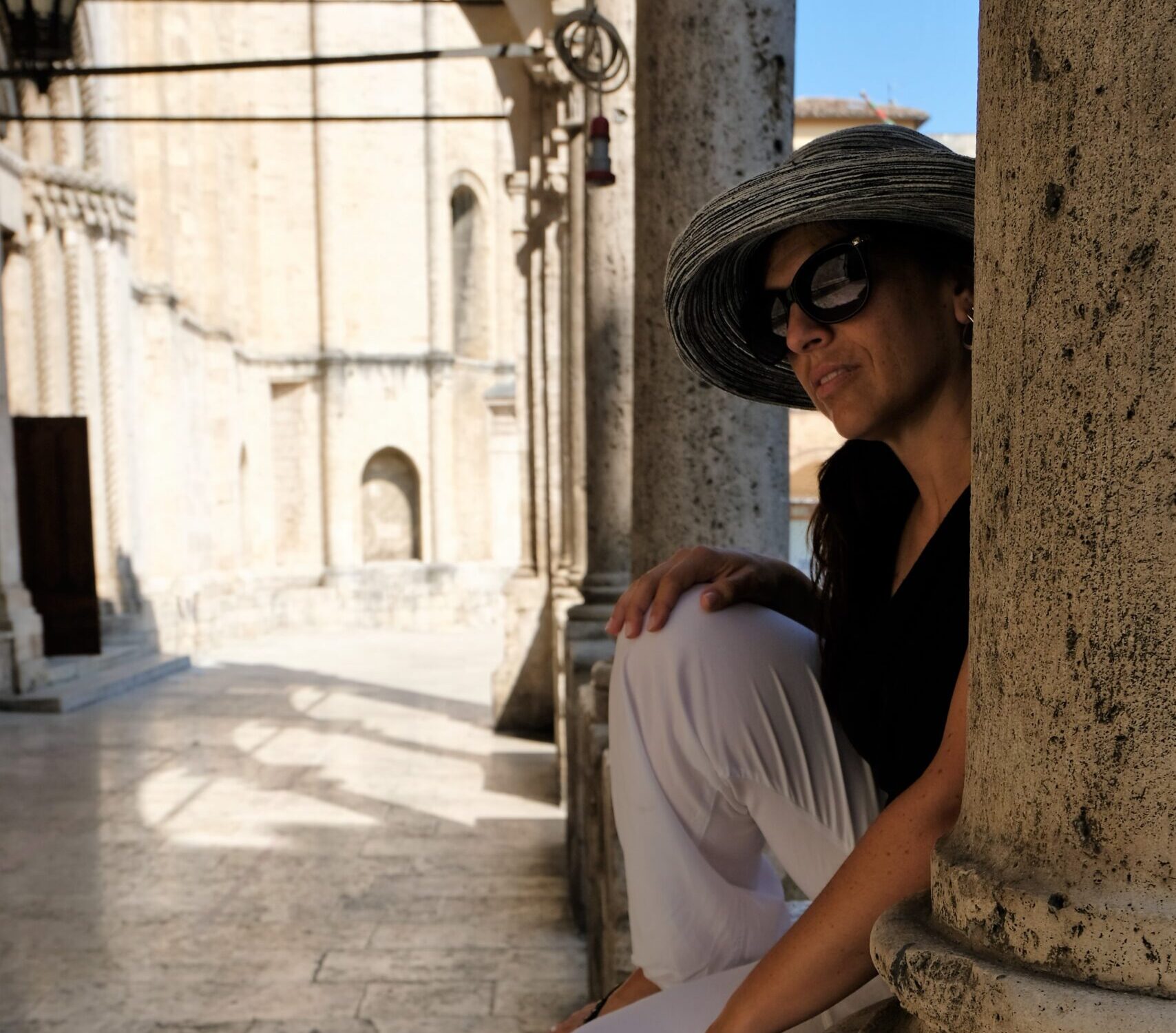 Ascoli Piceno gathers around two splendid squares and the network of medieval streets and rue.

The city is dressed in an amber-coloured travertine dress and is dotted with towers and countless churches where an extraordinary pictorial treasure is kept. Museums, majolica workshops, Ascoli olives and panettone complete the picture of a city on a human scale.

Summer in Ascoli is hot but not sultry. The sun illuminates the streets of the centre where you can breathe a sweet air, pervaded by chatting and coffee. The city is a distillate of history that emerges in the facades of the palaces of Corso Mazzini, in the compact grid of streets and in the glorious squares shining in the amber white of travertine. The historic city surrounded by the two rivers, the Tronto and the Castellano, which meet to the east, has grown on a spur, inaccessible from three sides. The steep slopes of the banks allow the wood to reach the facades of the buildings.

Among the urban works stands out the Ponte di Cecco, which popular tradition associates with Cecco D’Ascoli, a poet, who would have built it in one night with the help of the devil. The other Roman bridge, on which the Salaria road went northwards, is the Solestà bridge. This bridge leads to the homonymous village, Borgo Solestà, which is the most enchanting and romantic corner of Ascoli where the atmosphere and silence of the past reigns.

Today there are still about fifty towers often located inside houses, therefore of reduced dimensions, or used as bell towers. There were also countless churches and in those that still exist and date back to the Middle Ages there are valuable 13th and 14th century frescoes.

The two main squares of the city are the real centre of life: Piazza del Popolo and Piazza Arrigo or Piazza dell’Arengo.

Absolutely not to be missed is Caffè Meletti, one of Italy’s historic cafés.

This worldly meeting place welcomes its guests in the original Art Nouveau style and perfectly integrated into the setting of Piazza del Popolo.

Piazza Arrigo, on the other hand, offers unrivalled architecture: the Cathedral of Sant’Emidio, the Palazzo dell’Arengo, the Episcopal Palace and the city’s main museums. Also on this square is located another excellence of Ascoli’s cuisine: the gastronomy Migliori where you can find mixed fried food and Olive Ascolane!

Among the desserts, popular is the ciambellotto with aniseed “funghetti”, cicerchiata, frustingo and fried ravioli stuffed with chestnuts.